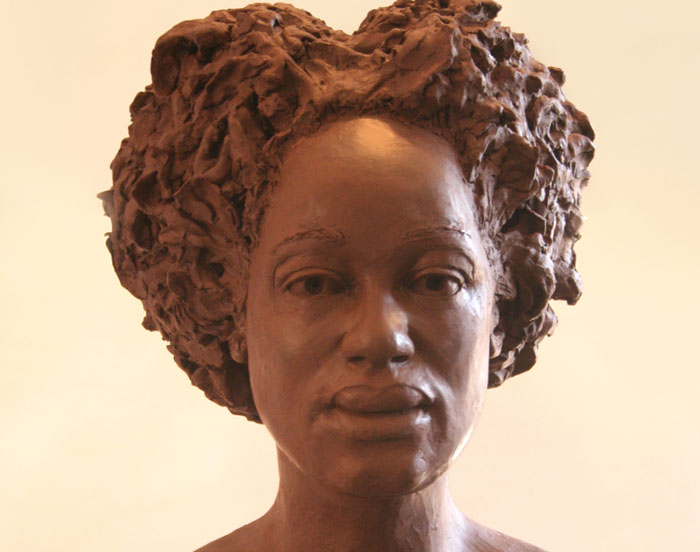 I think I have done all I can to finalise the head of Sonja, it has been rather a bumpy ride with some unplanned problems!

In the two pictures below I had started to get the hair texture in and refined the features a bit more. 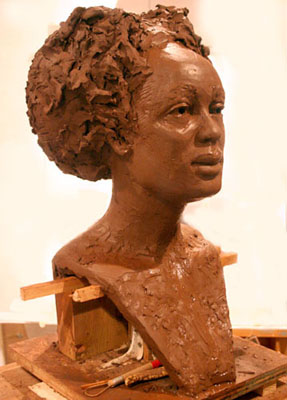 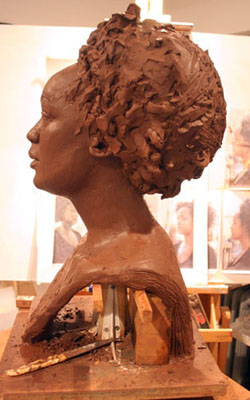 I needed to remove the piece from the original stand and support the shoulders before it hardened off otherwise I would not have been able to get it off the stand without damage.

The head is hollow and has been pricked through (see photos below) to try to eliminate any air bubbles which might blow out when its fired. 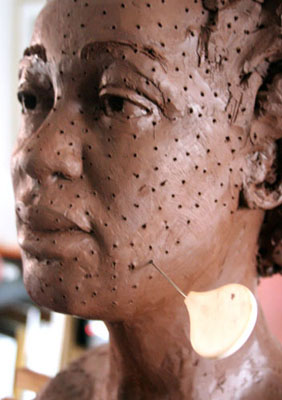 I supported the shoulders with a block and a small stick but as it started to dry a crack developed in the shoulder as the pressure increased in that area. I was pleased when I could remove the support and found it would stand on its own without support and without the chest and back bending or buckling.

The head is now leather hard and past the point where I can (or want) to do any major alterations and I just need to let it dry out slowly so I minimise the risk of cracking. There are some rather thin areas and one or two rather thick areas so drying is going to be a bit of a gamble with the risk of cracking if thin areas dry out too quickly. I am keeping the head covered with a plastic bag to slow down the drying a bit and holding thumbs!

Below are some photos of the final head! 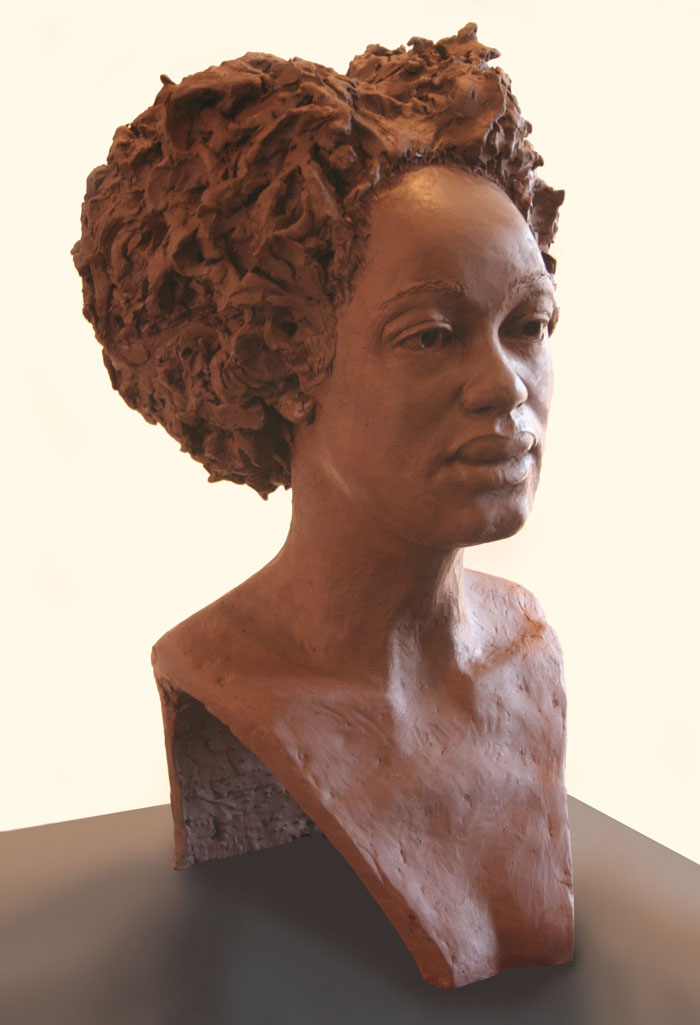 After the head has dried thoroughly it will be fired and then given a surface patina to give the impression of bronze rather like the head of Jo!