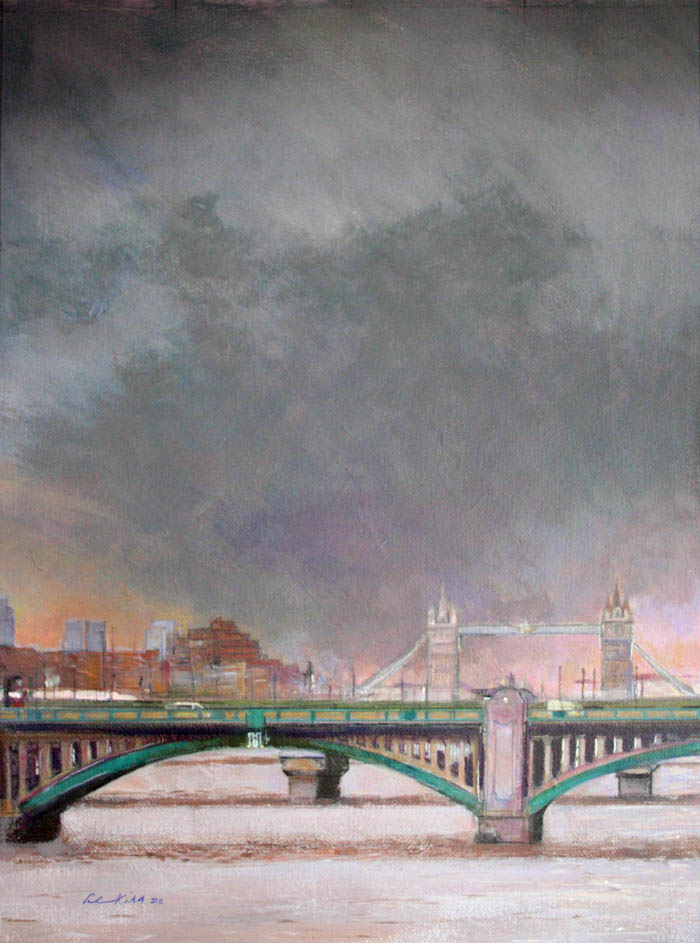 I took some photos while on the Millennium Bridge recently, the sky was really stormy and the whole scene was very dark and foreboding.

Here is my attempt to recreate the feeling I got from it. 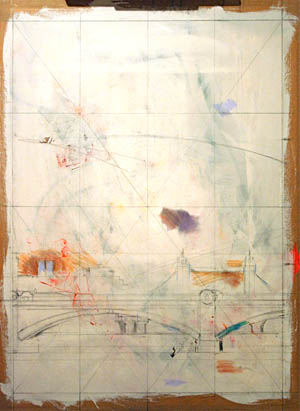 This is my initial pencil drawing on top of an old picture on some pre-stretched watercolour paper. It shows also my attempts to establish basic colours and tones on some areas. I liked the idea of a huge sky in the top two thirds and the cityscape and river in the bottom third.

Here is the progress to date – I am not sure whether I have gone too dark overall but I think I still have to do some more work on the bridges, river and the skyline behind the buildings. The painting is basically in Acrylic but I have used some coloured pencil to tone down bits or change colours slightly as this can be easily rubbed out or over-painted once I am happy with it.

I think it looks a bit moody although I don’t want it to look like London’s burning so may have to tone down the orange in the skyline!

What do people think? 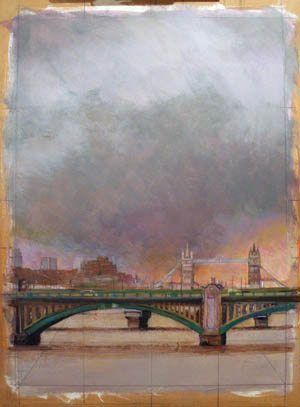 UPDATE: 12.11.2011
Well I think it is now  finally finished but I will leave it stretched till I am sure. This photo looks a little lighter and colder than the previous one but it is because it was taken in daylight – the scan will have the correct colours.

Actually I have decided that the painting is finally finished and have scanned it and decided to frame it as below. 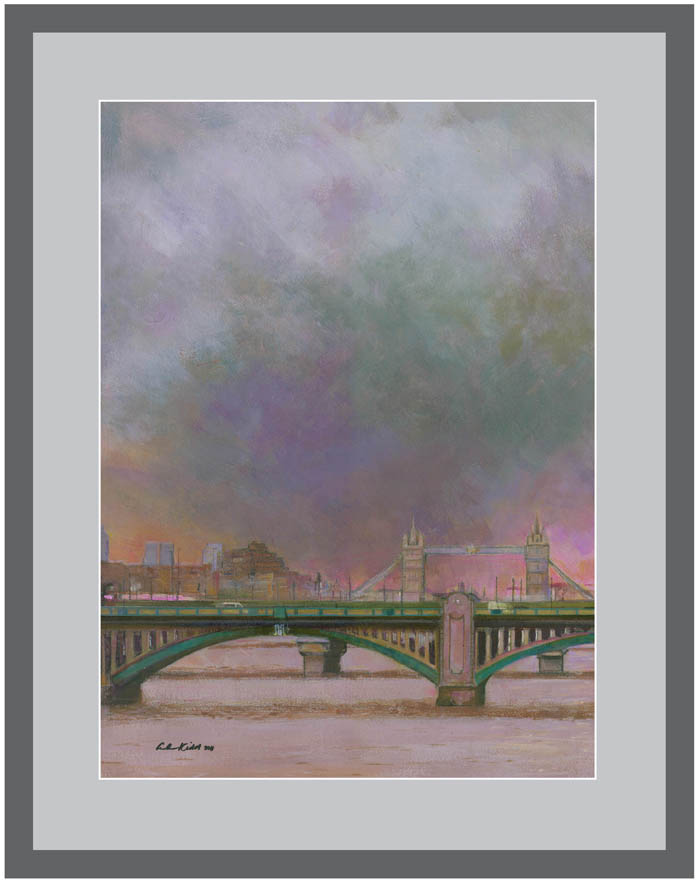