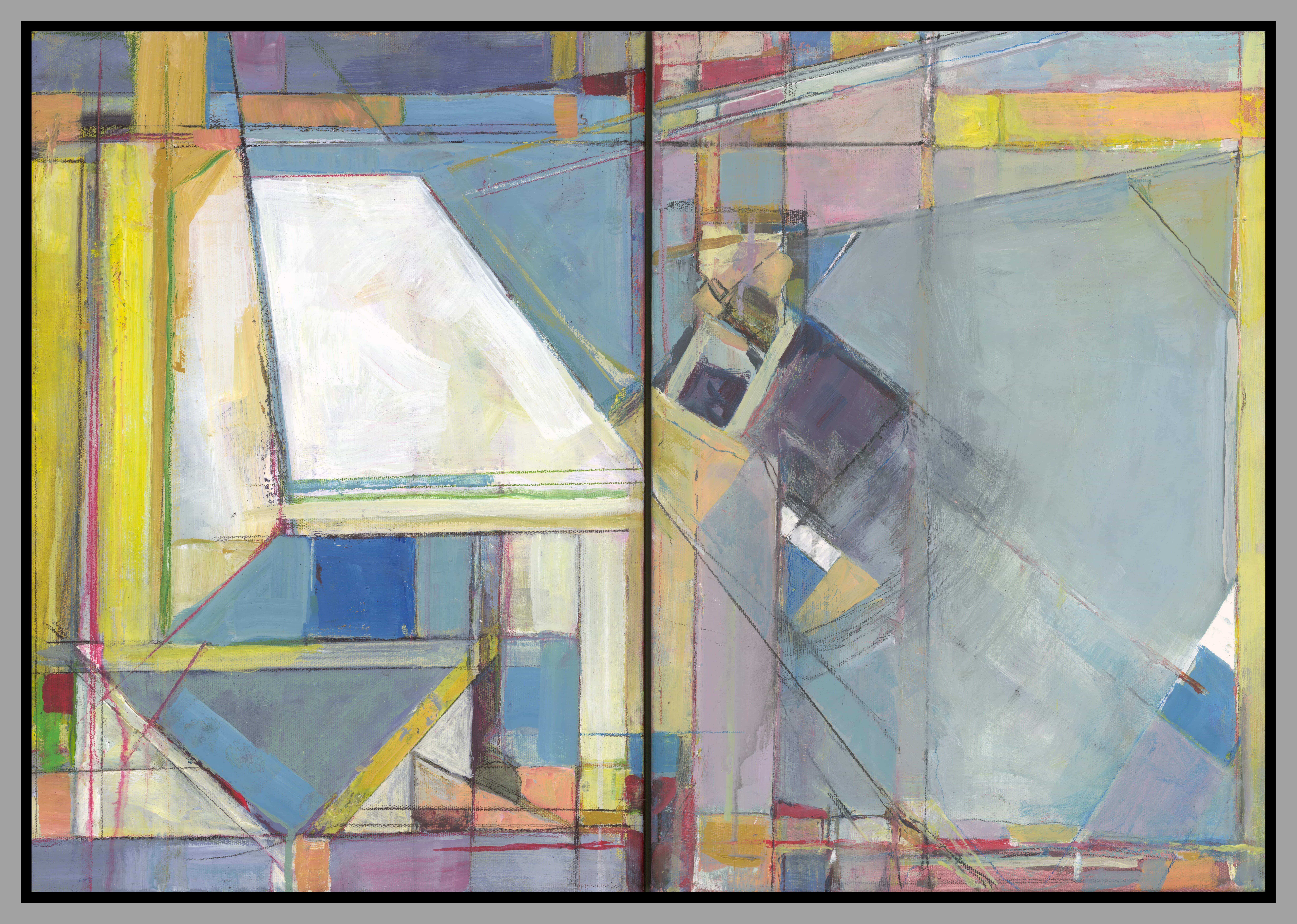 After a recent workshop by Ashley Hanson, based on the work of Richard Diebenkorn I have started to move in a new direction with my painting. During the workshop, I created a diptych using two 30x42cm and 4cm deep canvases, which I was quite pleased with. It has been framed with a white tray frame and looks good on the wall.

I am working on another diptych of the same size inspired by the shadows and reflections in the studio.

There are two further pieces I have been working on which are polyptych and designed to involve the viewer, in that the various elements can be removed, rotated and repositioned.

The first of these is a Quadriptych or Tetraptych called ‘The Four Seasons’. I have virtually finished this now and just waiting to get wood to construct the frame which will allow the individual squares to be removed, replaced, rotated or reordered. Obviously the frame can be placed vertically or horizontally or in fact could have a square frame with two above and two below.

The second piece, a Hexaptych is I think now finished in so far as I don’t want to do any more to it. The work is entitled ‘CMYKRGO’ which refers to the four colours used in printing, Cyan, Magenta, Yellow and Black (K) which will surround it in the frame. Also, the other three colours which are difficult to get out of the four colour set, Red, Green and Orange. It is all about the print process and also shows other printers marks. The panels can again be removed, rotated and reordered within the frame. Audience participation!